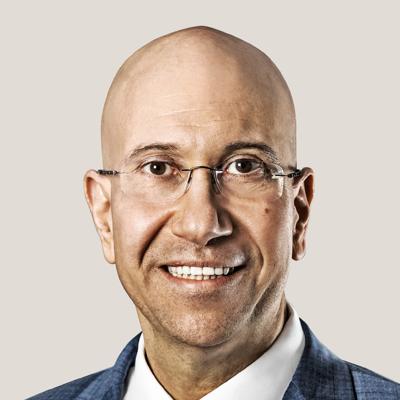 New York City Mayor Eric Adams recently released his affordable housing plan, Housing Our Neighbors: A Blueprint for Housing and Homelessness, and announced $5 billion in capital funds, bringing the city’s investment to $22 billion to build and maintain affordable housing over the next ten years.

The Housing Blueprint is short on specifics and doesn’t provide the number of units the Mayor expects the city to build or preserve as previous administrations have. But the general theme calls for several items that we think are critical—zoning tools, regulation reforms, land use plans and support for building owners.

How the Housing Blueprint Will Encourage New Housing

Mayor Adams’ Housing Blueprint encourages the development of affordable and supportive housing by promoting the conversion of hotels to residential use, adding accessory dwelling units, changing existing density and eliminating parking requirements for new projects built next to transit hubs. Successful execution of the plan needs to take into consideration the economics of development and redevelopment in detail. For example: the city will need to find ways to subsidize hotel conversions with actual dollars or additional development rights for higher paying renters.

Additionally, the city will continue to develop housing on government-owned land for extremely and very low-income households, the Housing Blueprint said. Examples of current partnerships include 50 new affordable apartments that will be built above an expanded, state-of-the-art library in Sunset Park, and 330 affordable homes and a performing arts center that will be developed on a former NYPD parking lot in East Harlem.

The construction of 15,000 supportive housing units for the chronically homeless, individuals with mental disabilities and/or substance use disorders, will be accelerated. The city will partner with mission-driven non-profit and faith-based organizations that have developable land and guide them through the affordable housing development process.

More building owners will be encouraged to participate in preservation programs by simplifying and consolidating existing loan programs and creating new partnerships with private lending partners. The city will help existing owners of one- to four-family homes address physical and financial conditions in small buildings. Successful execution of these could be in the form of mezzanine loans, similar to CPACE at low to no cost which could help owners rehabilitate units over time.

The city’s policy of financing affordable housing development dates back to the administration of Mayor Ed Koch (1978-1989) when the exodus of over 750,000 million New Yorkers in the 1970s left the city owning 100,000 occupied and vacant housing units. However, to reverse this trend and rebuild neighborhoods, Mayor Koch committed over $5 billion in city funding and partnered with the private sector and nonprofits to either build or rehabilitate housing in the most distressed communities. The projects continued through the administrations of Mayor David Dinkins (1990-1993) and Mayor Rudy Giuliani (1994-2001), resulting in the rehabilitation or construction of 182,000 housing units between 1987 and 2000, an NYU Furman Center study shows.

The Key is Creating New Housing, not Just Preserving Affordability

While preserving affordable housing is important because it ensures that units for current tenants maintain their affordability, relying solely on housing preservation doesn’t address supply constraints in a city where the demand for housing has grown and keeps growing dramatically. As a result, only new residential rentals, both affordable and free market, can help balance the demand-supply equation over time.

To develop affordable housing in New York City, however, incentives are needed. In our previous Forbes article The Sunset Of Rental Construction In New York City (At Least For Now) we outlined why the property tax abatement called Affordable New York or 421-a was necessary to offset New York City’s high construction and operating costs and encourage private developers to build affordable housing. Between 2010 and 2020, more than 185,000 new multifamily apartments with four or more units were completed, of which two-thirds were market rate (125,615) and about one-third were income restricted and benefitted from the 421-a tax incentive and other government subsidies, according to an NYU Furman report, the Geography of New Housing Development. Nearly one-third of all new units were built in areas and on lots up-zoned during the administrations of Bloomberg and de Blasio, illustrating the importance of rezonings in new housing development.

Although Mayor Adams advocated for renewing the 421-a tax incentive program, it sunset on June 15 without the New York State Legislature in Albany approving a replacement, leaving the future of affordable development in doubt.

The lack of incentives couldn’t have come at a worse time. In May, median rents spiked to $4,000 in Manhattan, drawing attention to rising housing costs post-COVID. Unfortunately, public officials can’t agree on the best way to produce affordable housing. As a result, New York City has an immediate deficit of 230,000 housing units, and the chance of building the 560,000 housing units that will be required by 2030 is slim as only 80,000 units are currently in production, according to a REBNY-commissioned report.

Although the details will follow, Mayor Adams’ Housing Blueprint is encouraging because it shows that he understands the affordable housing crisis facing New Yorkers today and that he is willing to work with all stakeholders to try to solve it.

The chart below shows that despite the city’s efforts, housing production has not kept pace with the city’s rapid population growth, which has led to rising rents and enormous pressure on low-income New Yorkers.

Population Change vs. Housing Completions in NYC by Decade, 1921-2020